We got our spot and picked up our laid lines between Takamoana and Maryna 2 right in the middle of the T on T jetty. It was good to have all the rally boats on the one jetty. 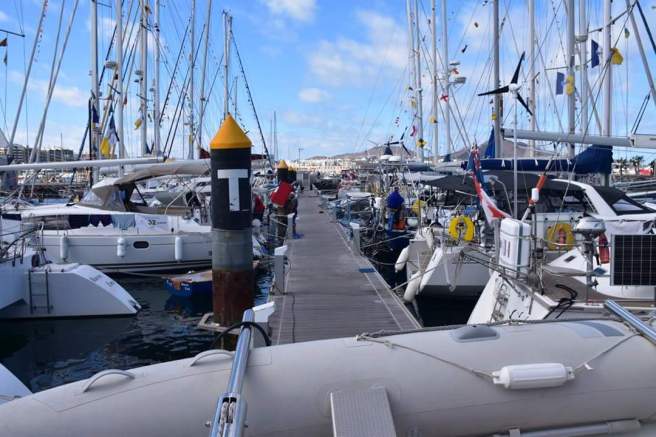 First on the Agenda was the second Autopilot and Rolnautic were soon on the boat mapping things out. With that in play we checked out the marina stores and started on completing our boat shopping list. Given the ARC starts from this marina, the chanderlies were well stocked and we managed to find most things. The marina is huge and it needs to be as there are 300 boats booked on the ARC this year, with another 200 or so following in their footsteps soon afterwards. 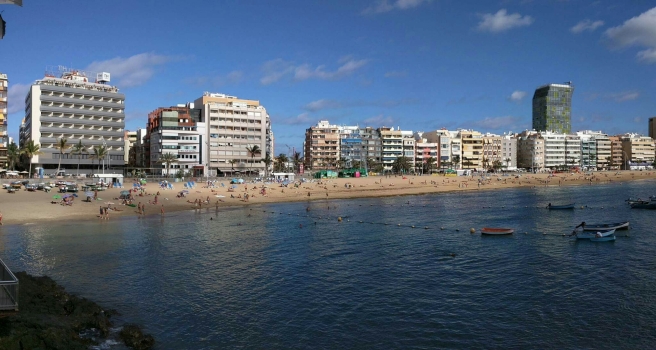 I’m so glad we are in this rally and not the ARC. The B50 rally is much more personable and undoubtedly a lot less officious. We are getting around and meeting everyone and really enjoying our first rally experience. And best of all we get to see all the different Canary Islands as part of the rally, rather than just Gran Canaria.

Despite being a little tired for an overnighter, we managed to head into town and find Vodaphone and a Nespresso milk frother to replace our failed unit. Finally a win on the cappuccino front. Then we found the beautiful boardwalk across the narrow peninsular and had a seafood dinner overlooking a surf beach.
Next day (Friday) it was back onto the Autopilot install. It took pretty much the whole day, with a manual switch that goes between the old L&S autopilot in the port engine room and the new Raymarine autopilot in the starboard engine room. Total redundancy with the flick of a switch. No more hand steering for us! 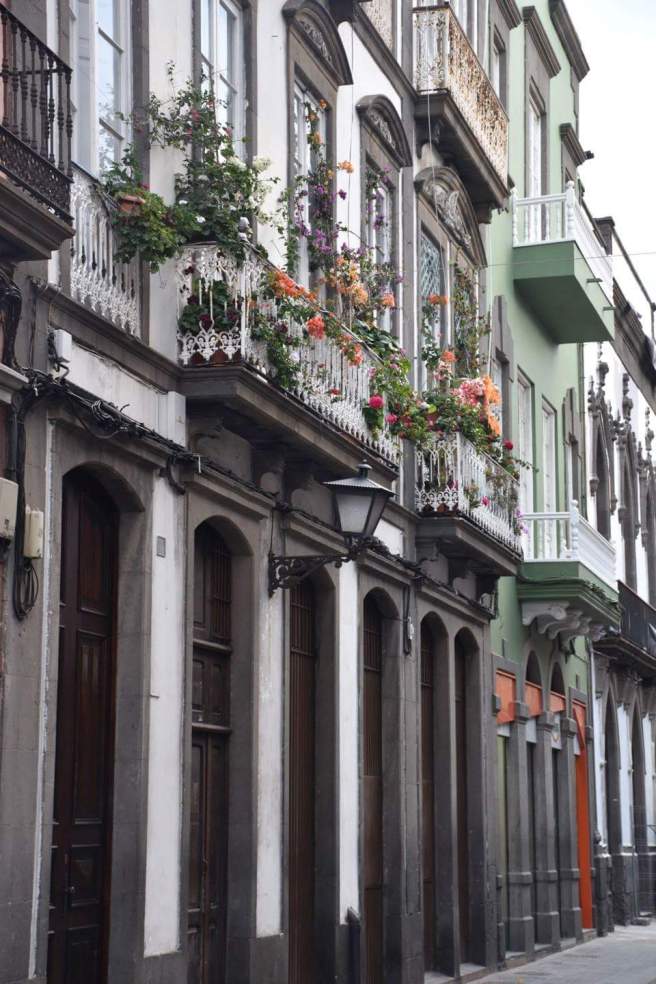 Saturday was our lets play a tourist day. We picked up our hire car from Dollar ‘Rent a Gutless Wonder”, whilst most of the other rallyers took an organized bus tour. We went to the North coast to start with – a specular drive, before finishing up at Arucas with its great lookout on top of a disused volcano and a cute old town with a mini version of Gaudi’s Sagrada Familia neo-gothic church. 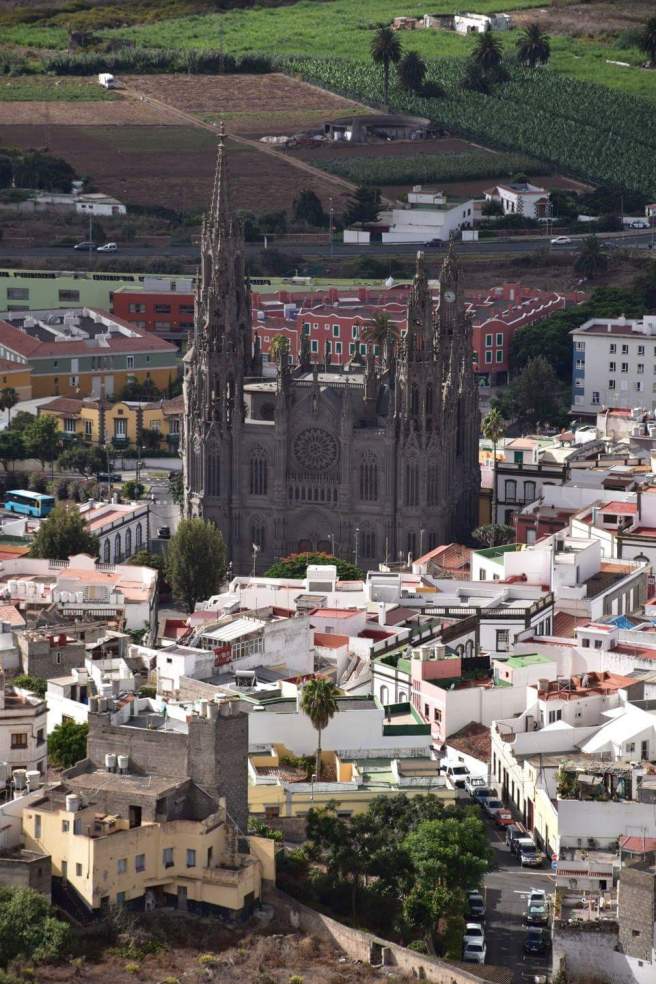 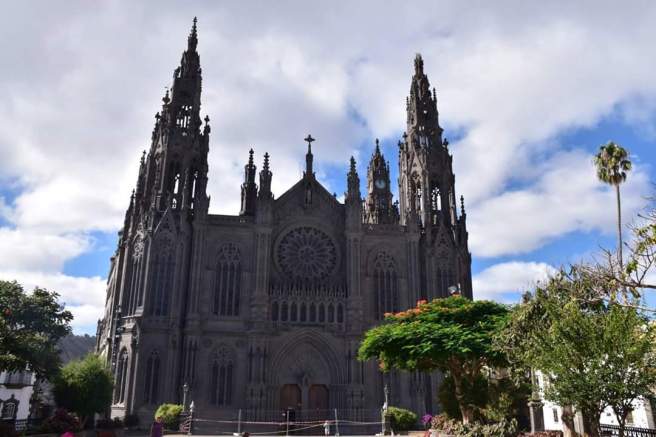 Then we took the freeway to the south coast for a lesson in how not to do tourism with wall to wall hotels and villas. We gave up getting to the beach and the sand dunes due to a lack of parking and instead headed for the hills.

The interior of Gran Canaria is simply spectacular. We kept pulling over to photograph the views before heading into a quaint little town for lunch on a patio with a superb view down the gorge behind. With Rabbit, Goat and Tapas washed down by beer and wine in our overly full stomachs, we drove upwards and upwards to the highest point in Gran Canaria, where we parked and hiked up to Roque Nublo (1800m above sea level), a very, very impressive monolith, jutting up 80m out of the surrounding volcanic landscape. It took us about an hour up and back, with quite a bit of loitering taking in the view and taking photos but it was undoubtedly the highlight of the island. Up the top, you could look across and see the top of Tenerife, floating on top of a bank of clouds. Surreal and impressive. 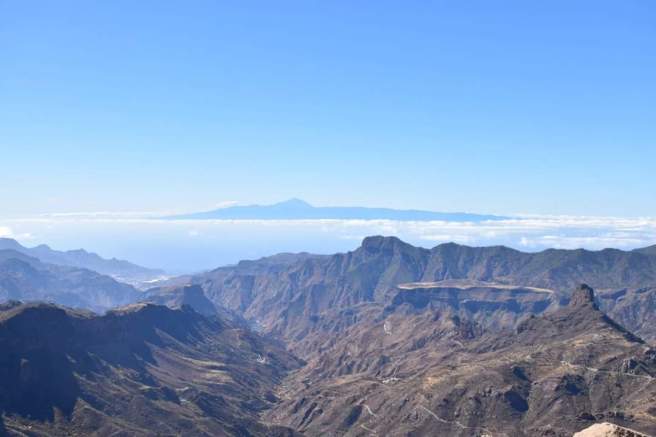 We continued our gorgeous windy mountain drive towards Tejeda, stopping occasionally to get yet another view of Roque Nublo. We passed a whole heap of rally cars who were transiting between sections of their rally race but who seemed to think they owned the whole road. Tejeda was yet another cute mountain town but it was getting late so we only stopped for photos before heading back to the old town in Las Palmas. 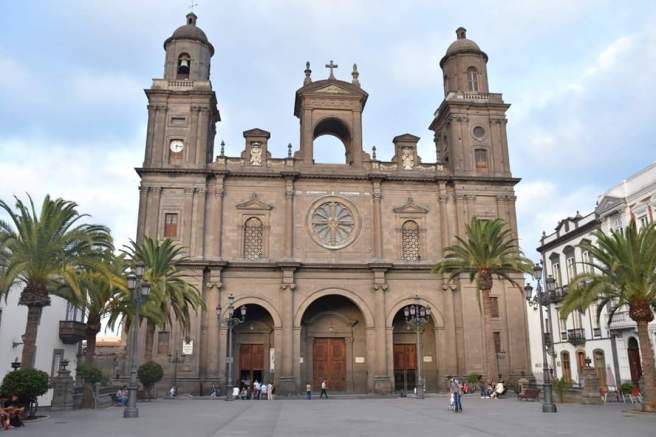 We got to the old town just after 7 and had a nice wander around the old streets. It was a little early and there weren’t many people around but we still managed to bump into Ken and Jenny from S/V Lady Rebel to share some wine and tapas at a local establishment. It was interesting to see a whole wedding party in their finest walk over to the outside TV screen after the local Canaries football team scored a goal against Barcelona. And then it was time to return the car as we had an 8am start the next morning. 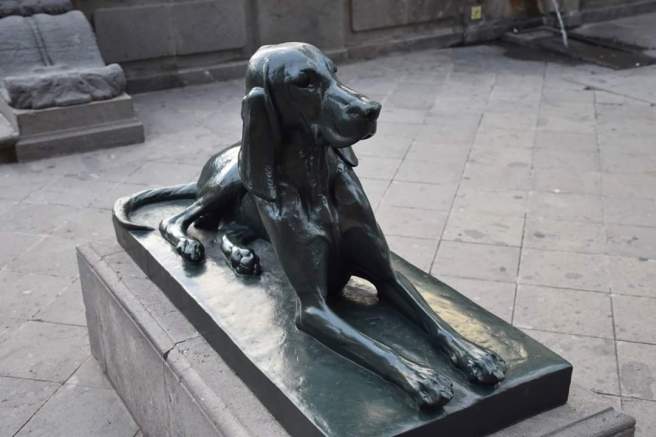 The sail across to Tenerife was in three parts. Leaving Las Palmas, we had to beat our way north through a large swell before turning the corner and heading straight to Santa Cruz on a nice beam reach. Well, it would have been nice if the wind hadn’t died off at the top of Gran Canaria. But once we entered the channel between the islands we took off in 15-20kts of wind doing 7-8kts of boat speed.

Tenerife Traffic Control had kittens when he saw 30 yachts crossing his traffic separation zone and called up to find out what was going on so he could put out a navigation warning. Geoff took the call and carefully spelt out Barbados 50 to our man. Its always interesting being in a rally.

With a fast passage over, we entered Santa Cruz harbour and motored up to the end where the marina was located, pulling in stern to with all the other rally boats. We soon had the United Nations onboard enjoying a few drinks and discussing what a great sail we had across. Rob from BnG, whose a delivery skipper with a very impressive 200T certification was as always handing out invaluable advice in amongst all the banter. We are turning into total rally fans. Hope we can handle the pace over the next couple of months. 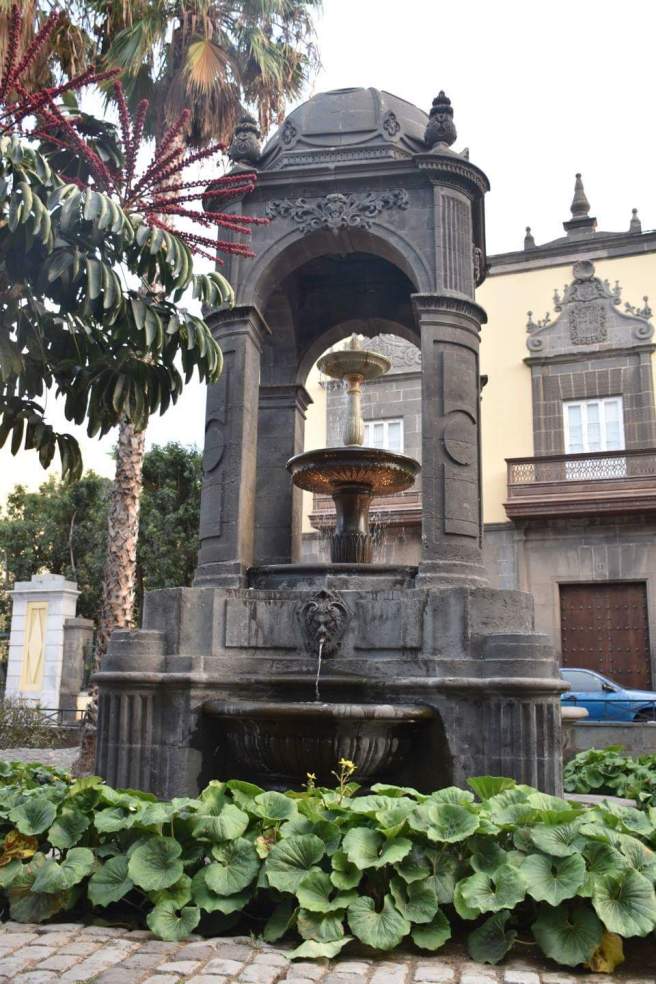