After a long motor with little to no wind, we made it to Kasterlorizo about 4pm in the afternoon and sailed past a waving Jenny and Paul outside their Hotel. We found a nice spot on the wall, right next to one of the many restaurants and tied up, stern to. 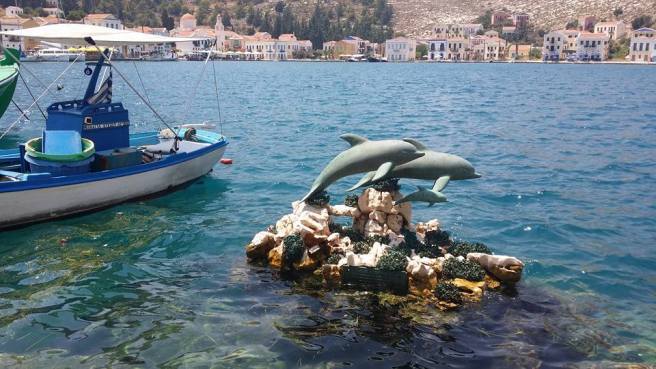 Then it was off to some pre-dinner drinks that Greg, Jenny’s brother in law, was putting on outside the Hotel Mediterraneo. With 54 Aussies coming to Greg’s 60th, all the hotels were pretty well booked out. This turned out to be the start of Greg’s generous hospitality as he quickly accepted us into his fold. I must say, it was good to get a hyperdose of Australian for the week. 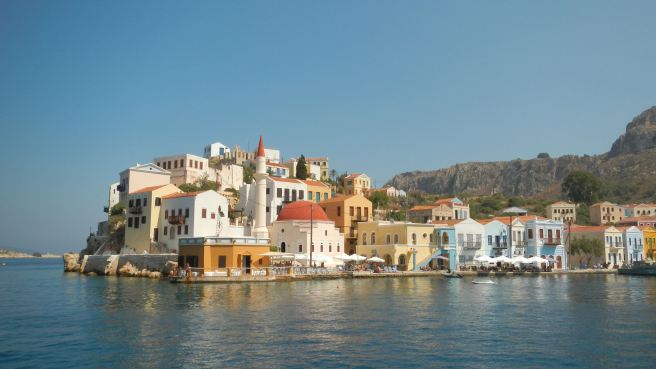 Next day we reciprocated and held drinks on La Mischief for 50+ people, a record for La Mischief. Lots of fun, mixing with a whole lots of Australians for the week. I was amused to find that with all the new people I was meeting, we had some common friends – always the way. A few quick snaps and an email to Fish to surprise him with who I was hanging out with. 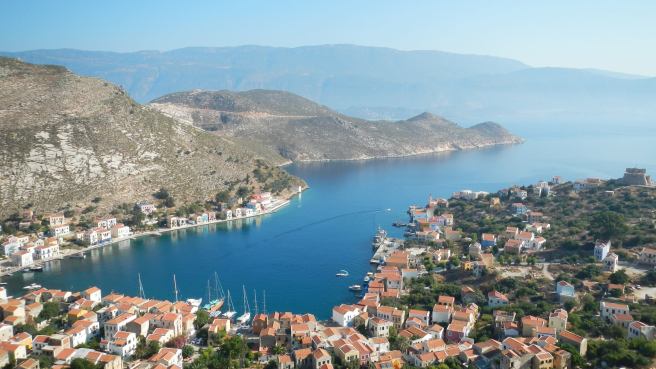 In between hanging out with Australians, we took time to explore Kasterlorizo. As its name implies, it’s the island with a castle and the climb to the top of the castle that overlooks the town was quite impressive. Even more impressive (and exhausting) was the walk up the side of the mountain that overlooks the town and then to the monastery and around the back of the island through the military training grounds, past the airport and back down into the town. Great views all round.

But the most impressive natural wonder on the island was undoubtedly the Blue Grotto. It’s a couple of miles around the bottom of the island and almost impossible to find without local kno
wledge. And no anchoring near by. So we did the sensible thing and took one of the local boats around with Paul and Jenny. It was quite a tight fit as we all had to lay down on the bottom of the dingy to get in. Once inside, we all jumped in and took lots of photos. It was quite spectacular and every bit as good as the one at Capri or Vis. 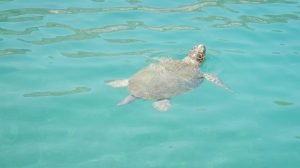 Next day we decided to leave the wall and take some people across to St George Beach for the day. Beach is pushing it but it was a great swim spot with lots of turtles and a clear sandy bottom. Plus a bar just a short swim away on a small island. Perfect. 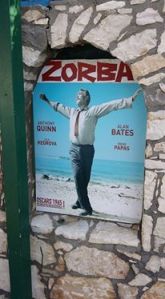 After a week of partying, eating, drinking, walking and swimming, the Island’s temporary Australian population started to slowly decline to more normal levels as Greg’s friends all hopped on ferries or planes to continue their travels. And so it was with us as we said goodbye to Greece and hello to Turkey, a mere couple of miles away