Porto (or oPorto as the locals call it) was on our must see list. Its one of the oldest cities on the planet, going back to Roman times. The city itself is UNESCO World Heritage listed and full of really old stuff.

But first we had to get there. Porto is on a river which has no marinas, so we found ourselves heading for Leixco, a nice marina on the coast, with a metro station 15 minutes walk away.

After a 30nm motor into Leixco, we checked in and headed for the metro station. The metro is nice and new, and drops you in the centre of Porto after a 30 minute ride.

Stepping out of the metro station, you are immediately blown away by the majestic old buildings surrounding expansive squares. You are also struck by the number of tourist police everywhere, trying no doubt to stem Porto’s pickpocket reputation.

After wandering around, taking snaps of all the impressive sights, we stopped for a bit to have the obligatory glass of Port and watch the world go by. I think we both decided that one glass was enough; and we would go back to drinking Portugal’s excellent beer and red wine.

The one thing you really notice about Porto is its steep. It was okay going down all the way to the river; but then we had to get up again. The water front is beautiful with all the old style  boats, complete with wine barrels, lining the waterway. We found a nice terrace bar overlooking the river and had a beer. More crowd watching.

Then we began the climb up again, though wonderfully narrow streets, past museums and churches. Once up the top we wandered over one of the main bridges, high up over the river, where we could look down on where we had just been.

At this stage we were getting rather peckish, so we made our way back into the old town and found somewhere outside to eat. Here we ran into a young German girl and her friend, who had just got back from a working holiday in Perth, Pemberton and Broome. Small world. 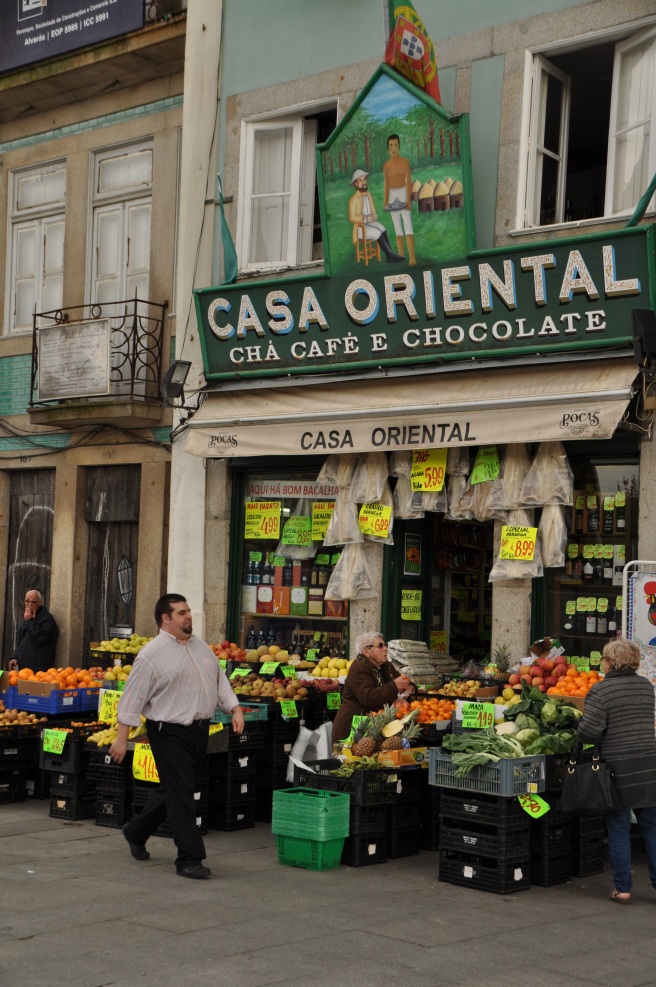 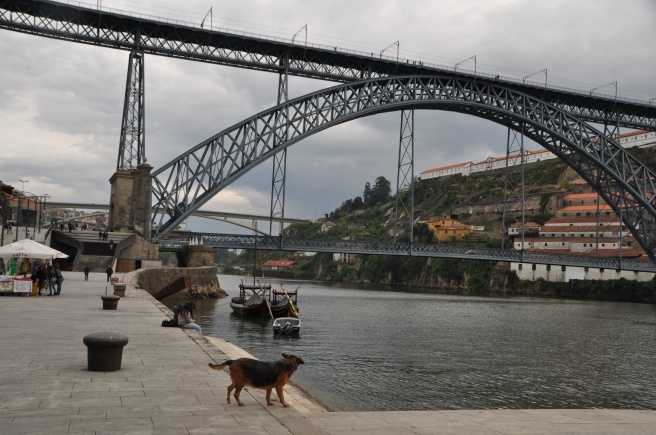 After a big day, we hopped on the metro, looking forward to getting back to the boat and crashing. The trip back on the metro was fine, but we needed to cross a bridge back to the marina – and that bridge was upright, letting two container ships pass under. Bummer – added another half an hour to two tired gents.

And on top of that, we also had an early morning start as we were religiously sticking to our 2pm rule. 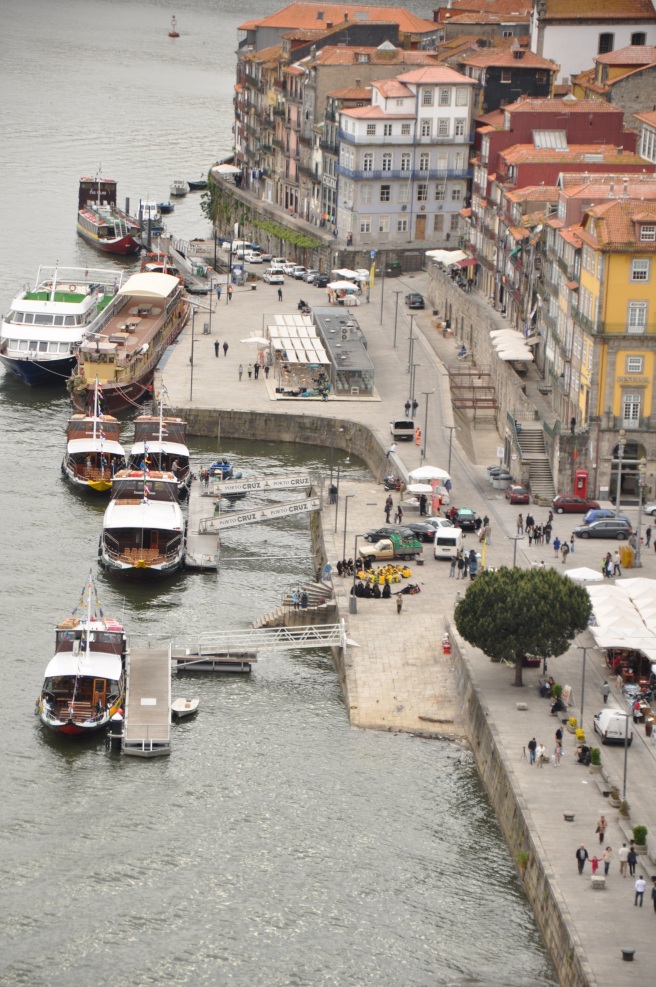 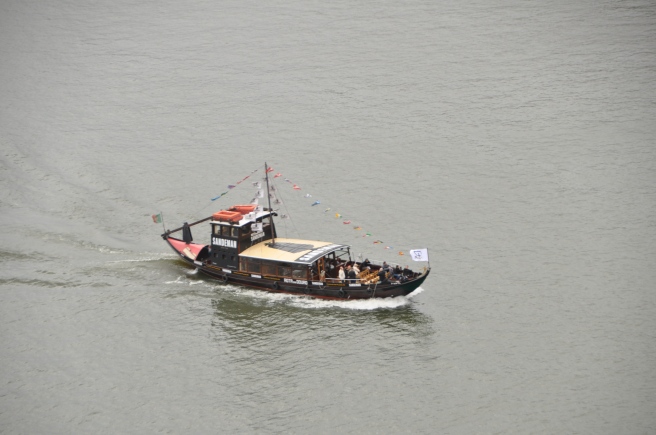