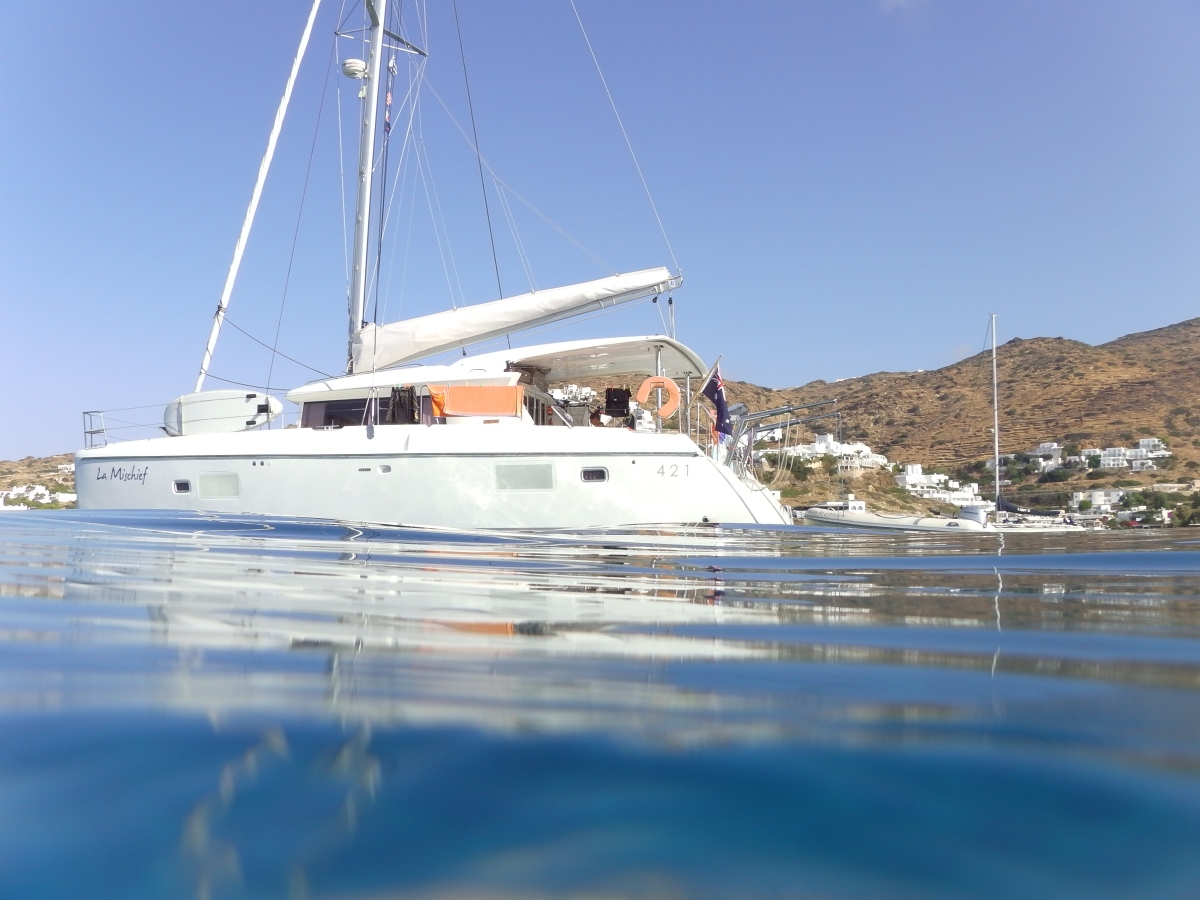 Ios is known as a party island, but by the time we got there in mid-September it was well and truly starting to wind down.

We arrived and parked in a beautiful bay called Ormos Milopotamou in incredibly crystal clear water – the visibility was awesome. We could just about see the anchor 40m away from the boat. Best viz we’ve had so far.

Safely anchored, we snorkelled into shore and had a look around. The bars and nightclubs that were going full tilt in July and August were now in their death-throws come mid-September.

With names like “Farout”, the bars were out to attract the young crowd. Ios attracts a lot of young Australians and there was quite a bit of evidence of this with Ozzie flags and paraphernalia scattered around.

It was great that it was uncrowded – I don’t think it would have been good in the middle of the seasons with lots of drunken Australians. We took advantage of the uncrowded beach and pulled up a couple of beach chairs and had a cocktail as we watched the sun go down.

Next day, we motored the short distance around to the main port, where for a change we picked up laid lines rather than dropping our anchor.

Our cunning plan was to leave the boat in Ios and catch a ferry across to Santorini. This plan was (luckily) foiled when we discovered all the early and late ferries were fully booked.

Instead we high tailed it up to the chora, in our case by foot (the rest of the crew took the bus) up some nice stairs. The chora is pretty cool, packed with bars, restaurants and shops as well as some archetypal Greek churches perched high up with great views.

We decided to designate it dancing night as surely there would be some great bars to go dancing in. This was in fact the case but all the bars were dead, bereft of people. This didn’t however stop Dee who managed to dance despite the empty dance floors.

Next day was Dockers vs Port and after a mixup in times we decided we needed to high tail it to Santorini and watch it there.