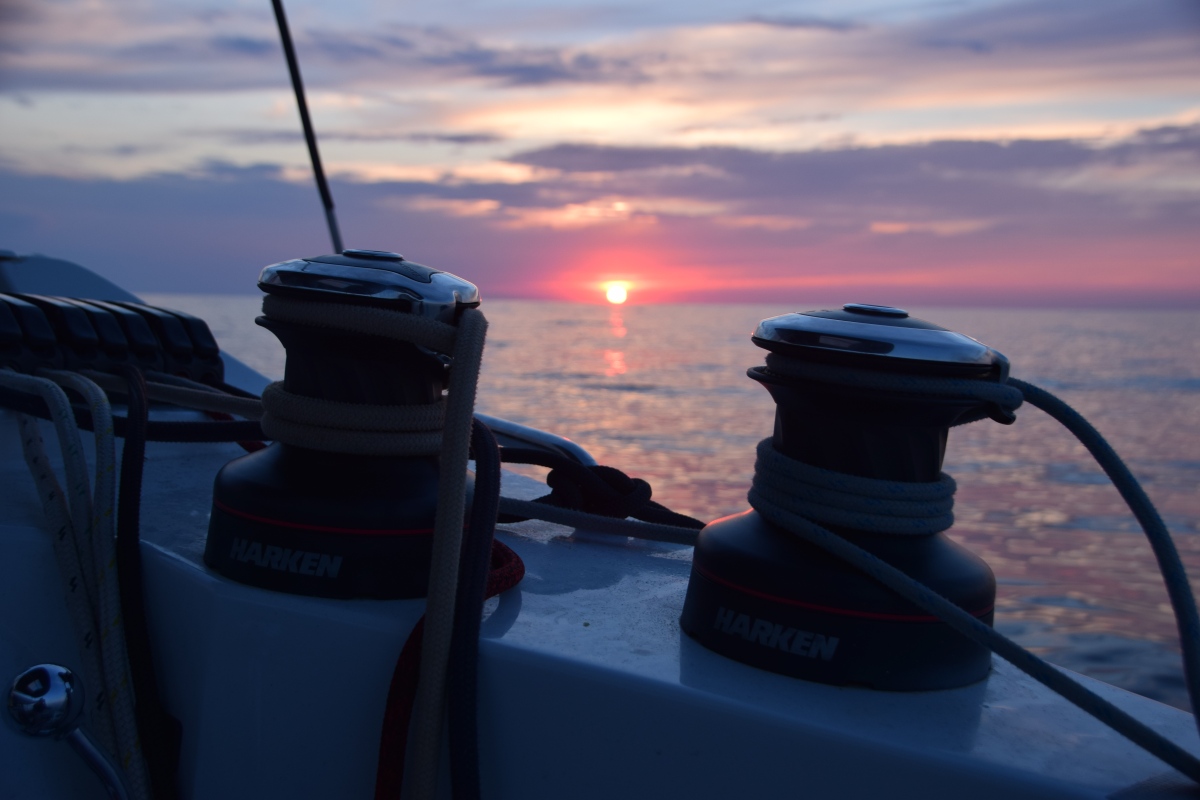 We left Gavatha at 7am heading for Nisos Ayios Evstatios, a small island 50nm away in roughly the direction we were heading in. It was a pretty uneventful trip until we got there to find two big barges adding extensions to the quay. These turned out to be well needed as there was room for the ferry and one other boat, and that space was occupied by an Australian Privilege cat who was flying a boxing kangaroo and not the Australian ensign. We really didn’t have time to stay and chat as just after we anchored in 2m of water just off the small beach, the ferry came in and got agitated with us anchoring there. I’m pretty sure the ferry drew more than 2m but we decided that we didn’t like the anchorage much anyway and decided to get out of there and do a night sail across to the Northern Sporades. The guy on the republican, anti-Australian flag cat (him, not me) suggested a good anchorage on Nisos Kira Panayia called funnily enough Ormos Kira Panayia. It looked a good place to anchor in the dark, so we decided to head there.

We got in at 1am, dropped anchor and went to bed. Next morning we awoke to a pretty bay, but with thunderstorms closing in. Up came the anchor and the wind and we decided to keep to the lee side of the islands and make our way to Skiathos with only a couple of channels between the island where the swell was up. The strategy worked pretty well as the rain came down and the thunder and lightning show kept us on edge. We passed between Alonnisos and Peristeri and across the bottom of Skopelos. As we got to the strait between Skopelos and Skiathos, we got hit with a short, sharp chop and we had to head across the waves until we got in the lee of Skiathos before heading north.

We finally got to Skiathos and dropped anchor in 7m of clear water in a beautiful bay called Ormos Siferi, just to the West of Skiathos town. By now the weather was clearing and it turned out to be a beautiful afternoon as we dingied across to the NE cover of the bay and did the short 10 minute walk into town.

One thought on “No Room at the Inn”