Once again we had a good sail, just as soon as we’d cleared the top of La Gomera and the winds turned NE. We had an early start at 6am and made the 55nm by 4pm that afternoon. The marina at Santa Cruz has an awkward swell despite appearing to be very well protected. And with 20kts of wind we were thankful for the two engines on our Catamaran. Some of the monos had some issues – its times like this we love being catamaran people. 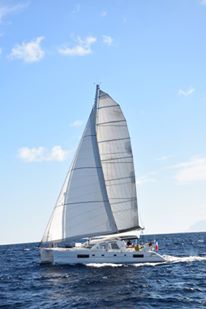 The marina is right next to town and what a pretty town it is. The first order of business was the Welcome Party at the Yacht Club. As usual it was a great party and it was also good to catch up with the other Fleet, if only for a day. 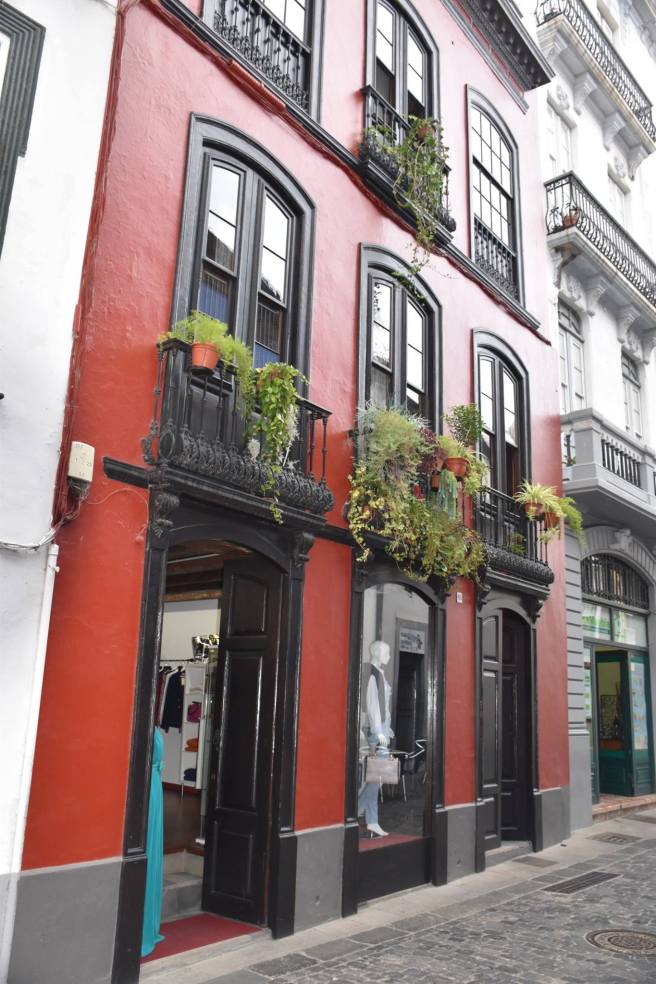 Next morning we went off in search of an English Breakfast, but couldn’t find one anywhere. So we ended up back on the boat eating our usual.

Santa Cruz de La Palma is breathtakingly picturesque. Beautiful architecture, streets and shops. The main drag is somewhat strangely called Calla O’Daly, after an Irish Banana Merchant. The waterfront promenade has got some wonderful examples of old Canarian houses, with balconies overflowing with flowers and an overhanging dunny from the days when the beachfront was close by for efficient sewerage disposal. 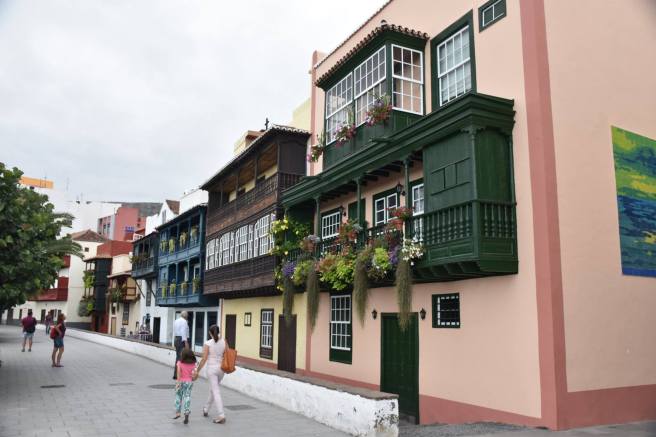 Next day we took a 40 minute walk south to Los Cancajos, a small beachside resort with a great black beach – really clean with excellent snorkelling. Best beach I’ve been to in the Canaries with lots of sub-tropical fish. 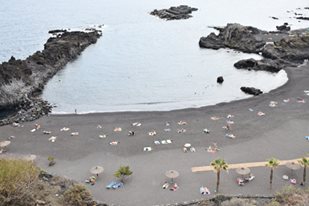 The tour that the rally put on for free was around NE of island. The highlight was the tropical rainforest with a stunning waterfall. This being the only permanent river on the islands. 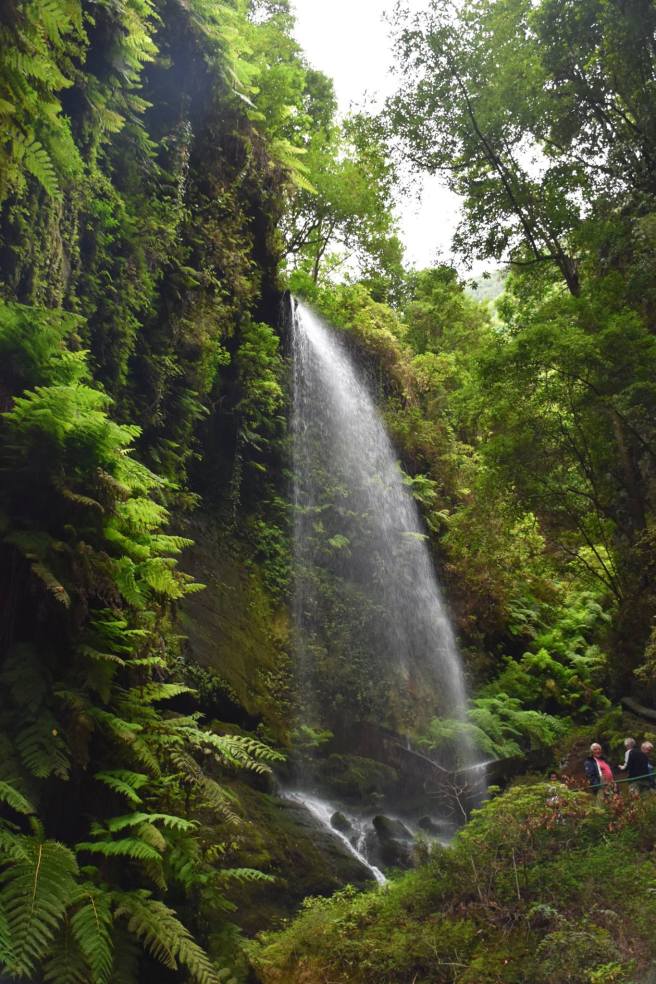 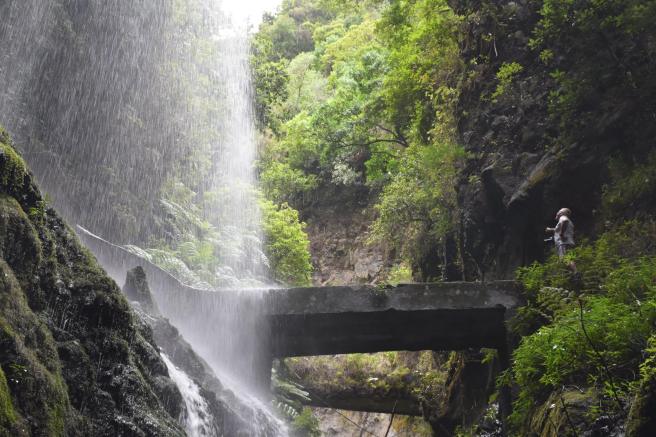 After the tour, we went over to Aura for Crispy’s farewell party. The whole of fleet two came along so it became a dock party. There was a few sore heads after that party. 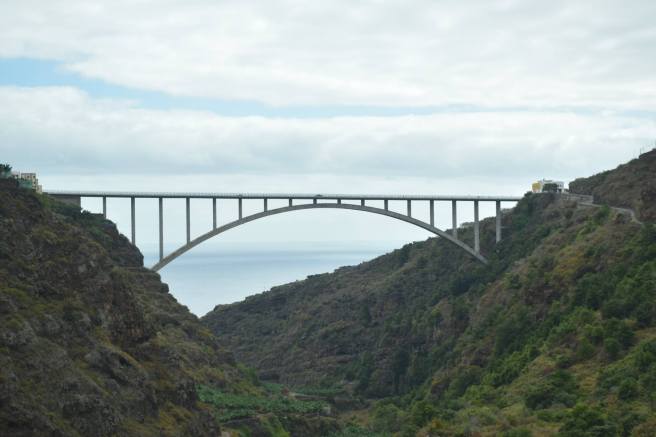 The sore heads were exacerbated by the spread of the Dusseldorf Bug. Thetis had made a trip back to Germany and brought a nasty bug back with them. Just about the whole fleet got it (except Dee). Some of the boats got it so bad they couldn’t sail for days. Phil was really sick for a couple of days and I got it pretty bad.

So for our last day, Dee did a bus trip around the island, whilst we rested trying to get rid of the bug, whilst completing our job list before heading south. 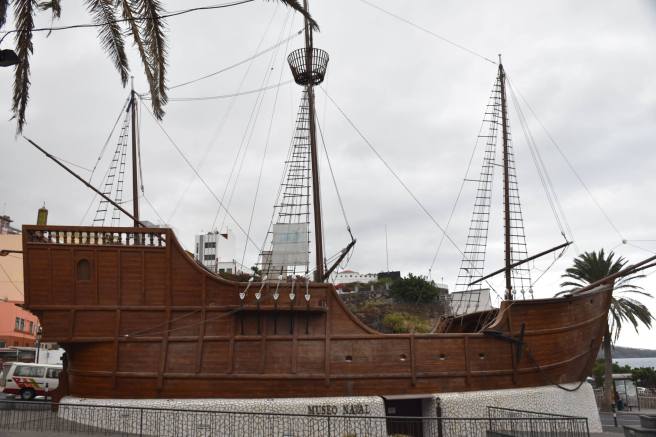 Then it was time to set sail to El Hierro.