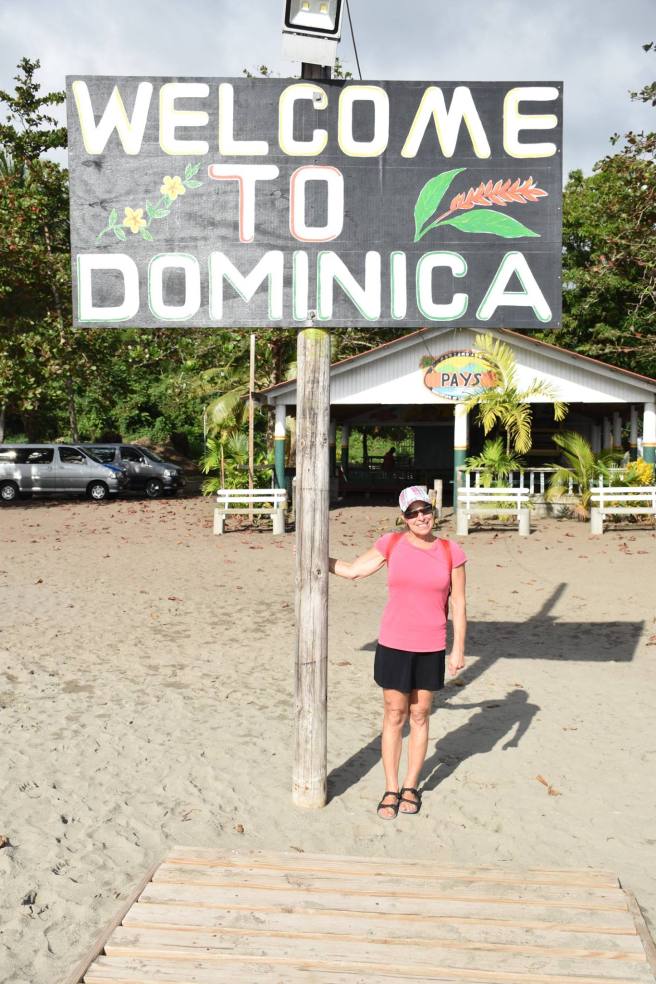 We left Roseau on Sunday morning bound for Portsmouth, 15nm up the coast. It was a fickle sail/motor as we headed for a rendezvous with Bill on Moontide, in time for the legendary PAYS Sunday night BBQ and Superbowl.

PAYS (Portsmouth Association of Yacht Security) was founded by the local boat boys to provide security for the bay and to promote Dominica as a sailing destination. I’ve got to say they do a great job and maybe it’s a model other parts of the Caribbean could take on – although being Caribbean newbies it’s a bit early to make any definitive statement on what should happen elsewhere.

Anyway it was great to finally meet Bill who I’ve heard heaps about, his sailing experience and bar attendance being second only to Sir Frances Drake – evidently! 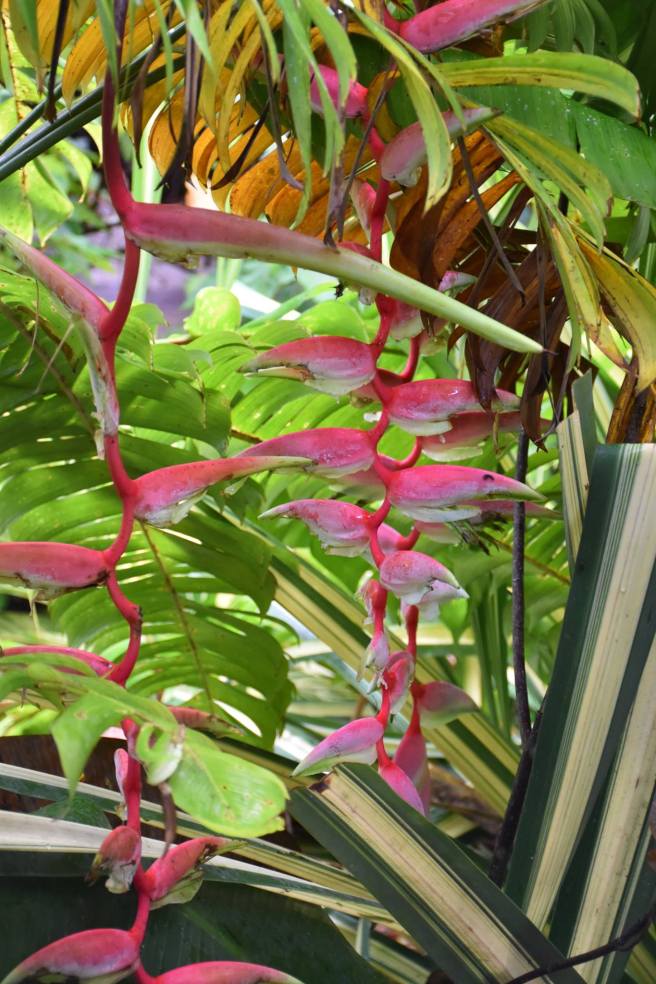 After a few beers and rums on the back of La Mischief, it was off to the PAYS BBQ, an all you can drink and eat affair for 50EC, a bargain especially given the strength of the rum punches. It was a packed affair and even though we got there on time, we got the last bit of space on the last table. The BBQ is PAYS way of raising cash to pay for night patrols, searchlights etc.

Dinner and punches downed, we went into the back room to watch the Superbowl half time show. Unfortunately we couldn’t hear it because of the great band playing at the BBQ but we got the general gist of things. The game resumed and it looked for all money like the Patriots were going to loose big time. With the Patriots falling behind we pulled stumps and headed back to La Mischief. With Dee tucked in, I hopped on the Internet and frantically tried to follow the greatest comeback win in all time. Oh well, who could have predicted that one! 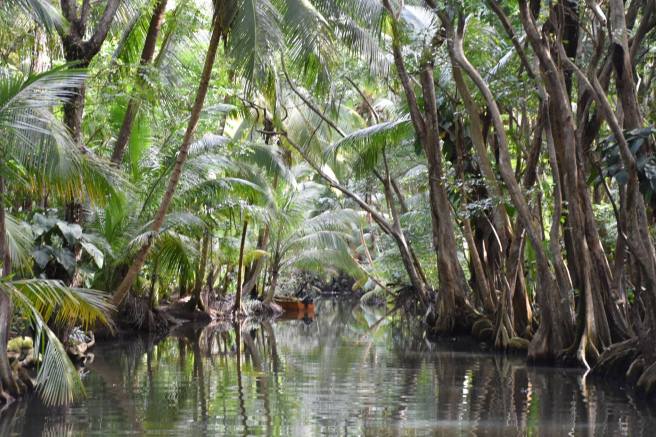 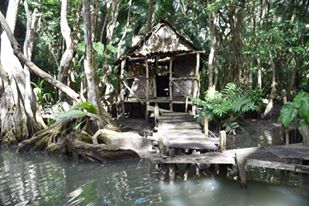 Next day we were off with Providence to do the Indian River tour, the marque eco tour up this end of Dominica. We set off in a small runabout and once in the river, the outboard came up and the oars came out. We got rowed up the creek through the mangroves. This is another of the Pirates Locations and there’s still an old river hut there that the witch used to hang in. The highlight however was the wonderful vegetation, including the small display garden at the end of the creek that we got to wander around.

In the afternoon and the next morning we hung out with Bill and Klara (who swapped boats) before they sailed northwards to Antigua. Then it was off to check out the British Fort that overlooks Prince Rupert Bay. Pretty impressive location for a fort. We had sundowners at Felix Beach Bar with a whole heap of Americans – a lot of whom had been hanging around the Caribbean for 8-9 years. Dominica tends to attract the more adventurous and we got a lot of good info in between downing some of the best rum punches we’ve had so far. 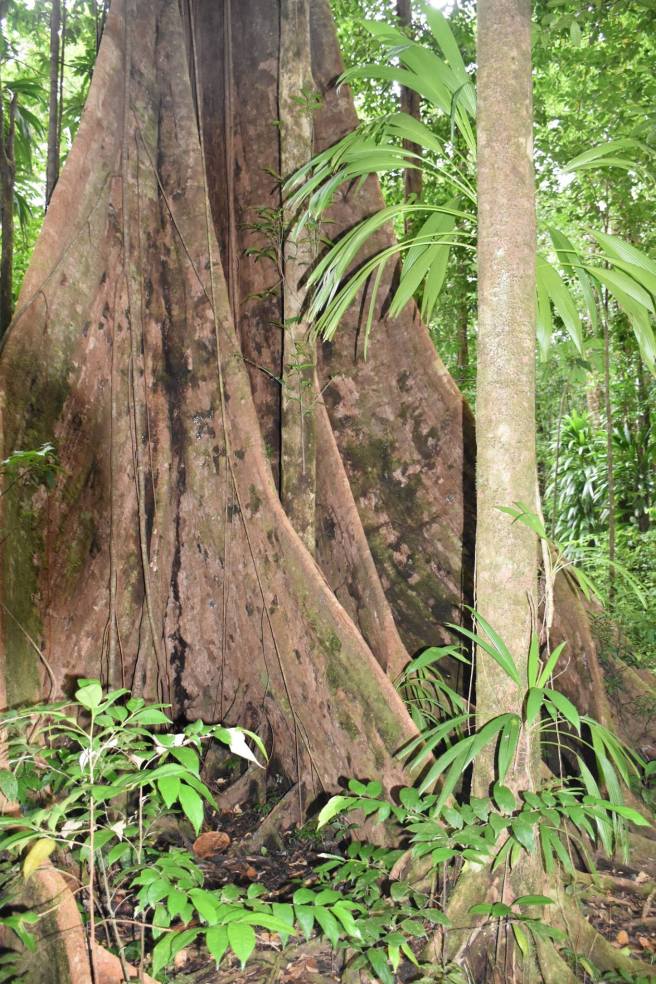 On Wednesday, we organized a full day tour of the North of the island with Armstrong to see the rest of the islands highlights. First up was a waterfall, followed by a walk in what is supposedly the best rainforest in the Caribbean. Then we headed back down the coast to Calibishie, along some wonderfully wild coastline. We stopped for some great ribs at a beach side restaurant, washed down with local beer, before continuing on to see the Chocolate Factory, the Red Rock beach and the cold sulphur springs. After finishing the tour we thought we’d managed to cover most of the island, with the exception of the Carrib villages. Back at the boat – but not for long as PAYS were putting on another BBQ because of the large number of cruisers in the bay – and because Carnivale was coming to Portsmouth on Sunday and they wanted to avoid a clash. It was another great affair with lots of punch consumed. 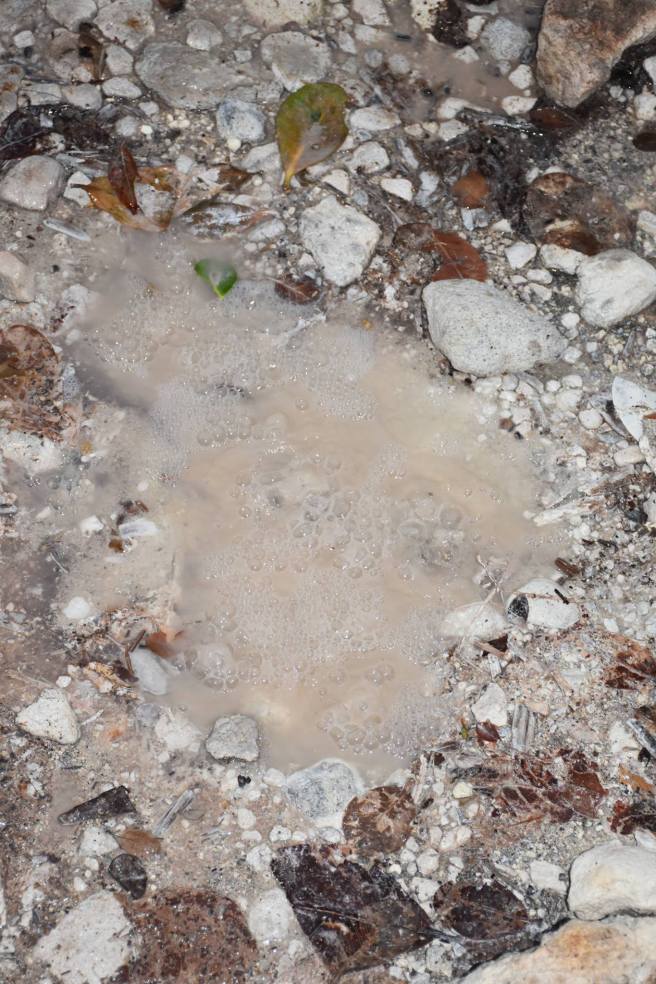 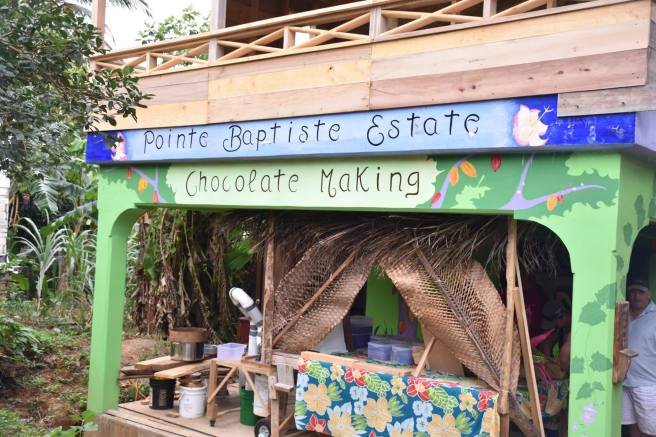 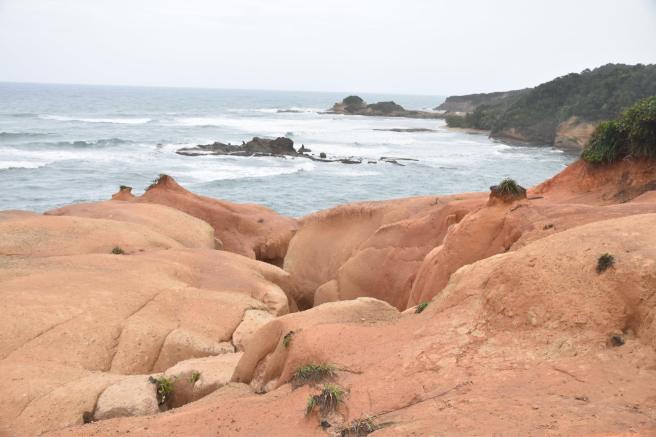 Next morning it was up Anchor and off to a hot date with Aura on Les Saints. 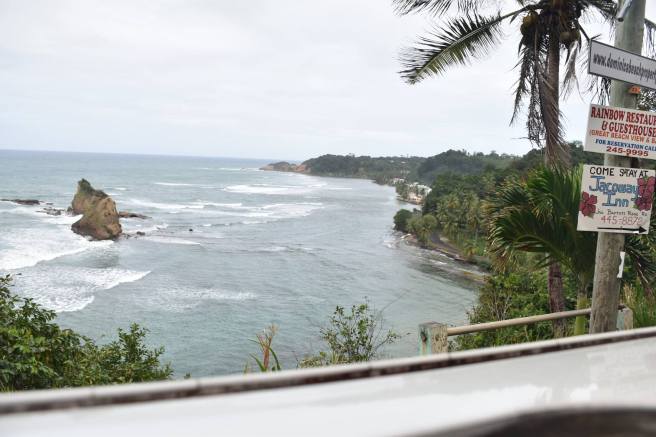