It took a lot of patience to wait out the high winds all week, waiting for that elusive weather window that would allow us to sail the 30nm over to Barbuda. We ended up taking off a day earlier than most of the rest of the mob, some of which were delayed by some Rugby team who have been doing well lately, probably because they are coached by an Australian. 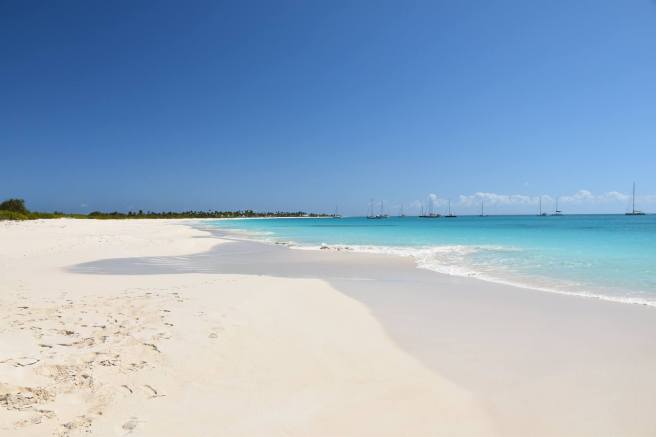 The sail over was exhilarating, doing 8s and 9s with a single reef in a tricky 2m swell over 30m shallow water. Once we got close to the island, the water shallowed up and it was simply stunning – clear and beautiful. You could see the bottom in 8m of water. We dropped the sails and heading into shore on the recommended approach as per the charts and motored along the coast 100-200m out from shore. As we approached our anchorage at Low Bay, the water turned that cloudy milk colour that we had experienced on Antigua. The locals say it’s because of the ground swell. Disappointing. We SUP’ed into shore and checked out the resort that was closed and Codrington Lagoon that was across a narrow sand spit. 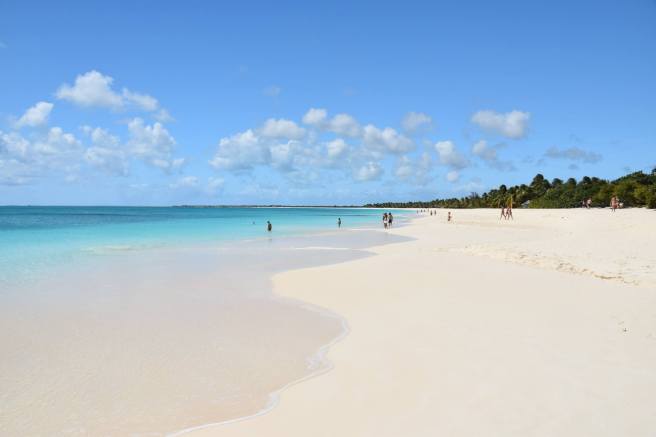 Next day we up’ed anchor and headed off in search of that wonderful clear beautiful water we’d seen on the way in. We found it 11nm around the bottom of the island at Cocoa Point, where we dropped anchor in 3m of stunning water. 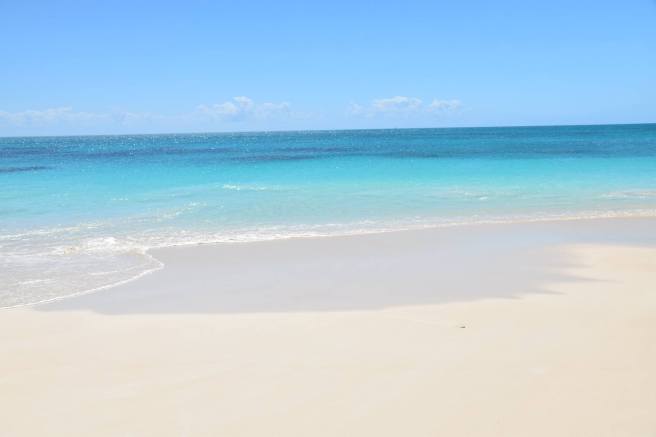 We spend the rest of the day snorkelling and walking on the beach. The reef at the point looked interesting but wasn’t that great. The beach has being unofficially renamed Lady Di Beach because she evidently loved it there. As well as Cocoa Point resort, there’s also another one that’s currently closed called the K-Club that De Nero and Packer have purchased – but is currently the subject of a court case surrounding the extra 180 acres of land that got thrown into the deal.

As usual our social calendar was impromptu, depending on who turned up in the anchorage. As we were swimming back to the boat, we saw Venture Lady pull in. Gloria pulled in as well so 8 sailors meant sundowners one 5 o’clock on La Mischief, with a call to reconvene on Venture Lady for the subsequent 5 o’clock somewhere session.

Next day, we organised a tour to the Frigate Bird Sanctuary. We caught a taxi into Codrington and then hopped onto a small boat with Junior as our tour guide and zoomed across the lagoon to the mangroves where the frigate birds were mating and breeding. There were thousands of them hanging out of all the trees. We were able to get up quite close to the cute chicks and their parents who were gliding about on their 7 foot wingspans.

After two glorious days in Paradise it was time to up anchor and head back to Jolly Harbour to pick up Ramona and Barry and head off to Monserrat.