The weather window looked great for the sail across to Cyprus – or should I say the motor sail as the winds were light and right behind us. You need to do an overnighter to Cyprus so that you arrive in daylight. Rod was hedging his bets about being able to check in at Paphos so we wanted to make sure we had enough daylight to push onto Limmersol as we needed to. As it turned out Paphos (Pafos) was fine as was Latsi further to the West as we later found out.

It was a very pleasant afternoon as we motored across at 6knots. We managed to get about an hours sail with our motors off before having to switch one back on as the wind died off.

As night fell, the lightening show started way off our port bow. Luckily it stayed off our port bow and didn’t get any closer. We were heading around the western side (the backside) of Cyprus on our way to Paphos. The three of us did 2 hour watches and that worked out really well as we each got two blocks of 4 hours sleep. It was great having Hugh on board helping out. 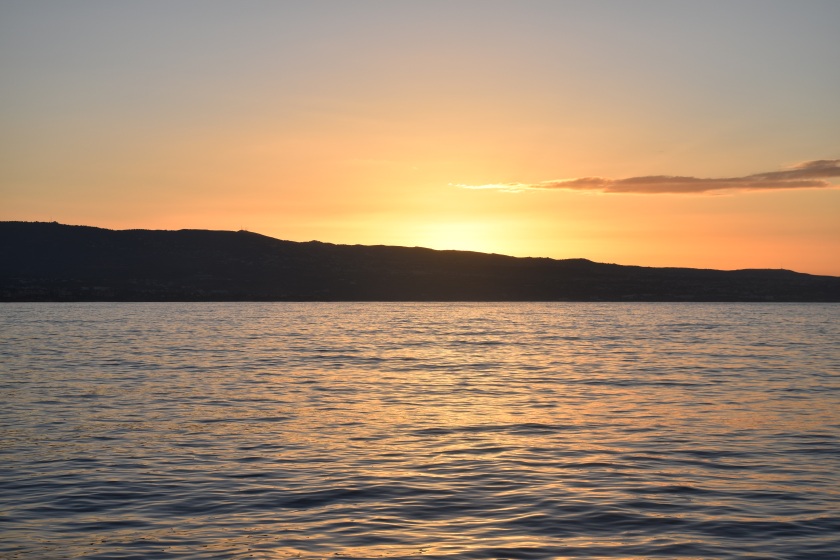 He was doing really well right up to the point where we decided to put our yellow immigration flag and the new Cyprus flag up just before we got there. He got the old Turkish flag off okay and then proceeded to hold only one end of the flag halyard. Looking up he saw the other end. Oops! So out with the bosun’s chair and up I went to recover the other end. There wasn’t much breeze but it was still reasonably rocky and rolly up there.

With flags in place we pulled into Paphos harbour at about 8.30am. The marine police told us to go stern to just next to their patrol boat, which was pretty much the only space available in this small harbour. We had one go at anchoring and the anchor just pulled through the sludge on the bottom without holding. The second attempt was much better, felt like we’d hooked something down there – who knows – but it held well.

Then it was off to see the marine police, customs, immigration, the health authorities(!) and the harbour master. Customs took about an hour to drive over from Limmersol and whilst I waited I was treated to two brilliant cups of tea and honey from Dimitri, the police captain. I went back to the boat to wait for Customs and Dimitri brought back the passports, unstamped but with a boarding pass. Bit strange but all good to go. We asked Dimitri where a good lunch spot was and he later drove us there. Really nice of him.

Then it was off to explore Paphos, where the whole town is ENESCO Word Heritage listed. 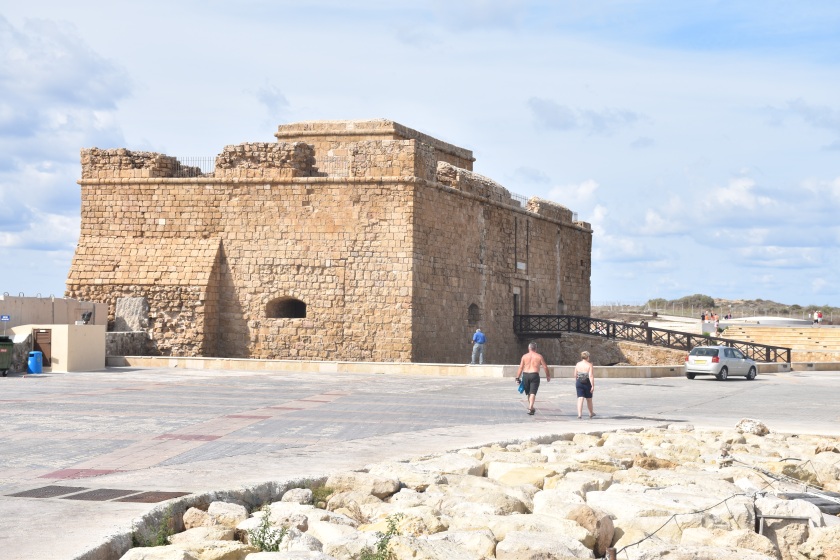